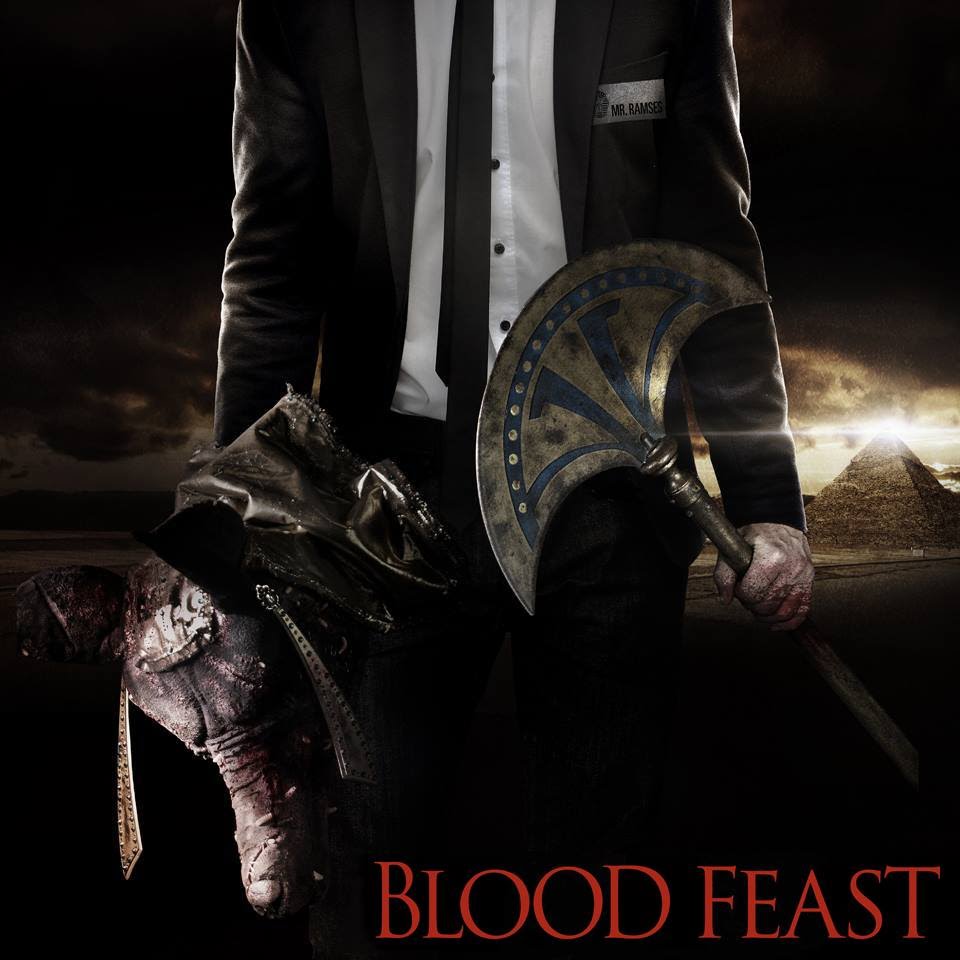 “Fuad Ramses (Robert Rusler – A Nightmare On Elm Street 2: Freddy’s Revenge, Vamp, Tales of Halloween) and his family have moved from the United States to France, where they run an American diner. Since business is not going too well, Fuad also works night shifts in a museum of ancient Egyptian culture. During these long, lonely nights he is repeatedly drawn to a statue representing the seductive ancient goddess ISHTAR. He becomes more and more allured by the goddess as she speaks to him in visions. Eventually he succumbs to her deadly charms. After this
pivotal night, Fuad begins a new life, in which murder and cannibalism become his daily bread. He starts to prepare a ritual FEAST to honor his new mistress, a lavish affair dripping with BLOOD, organs, and intestines of human victims. As butchered bodies are heaped upon the Altar of Ishtar, Fuad slowly slips further into madness, until he is no more than the goddess’s puppet; and she thirsts for the blood of Fuad’s wife (Caroline Williams – The Texas Chainsaw Massacre 2, Hatchet III, Contracted) and daughter too…”